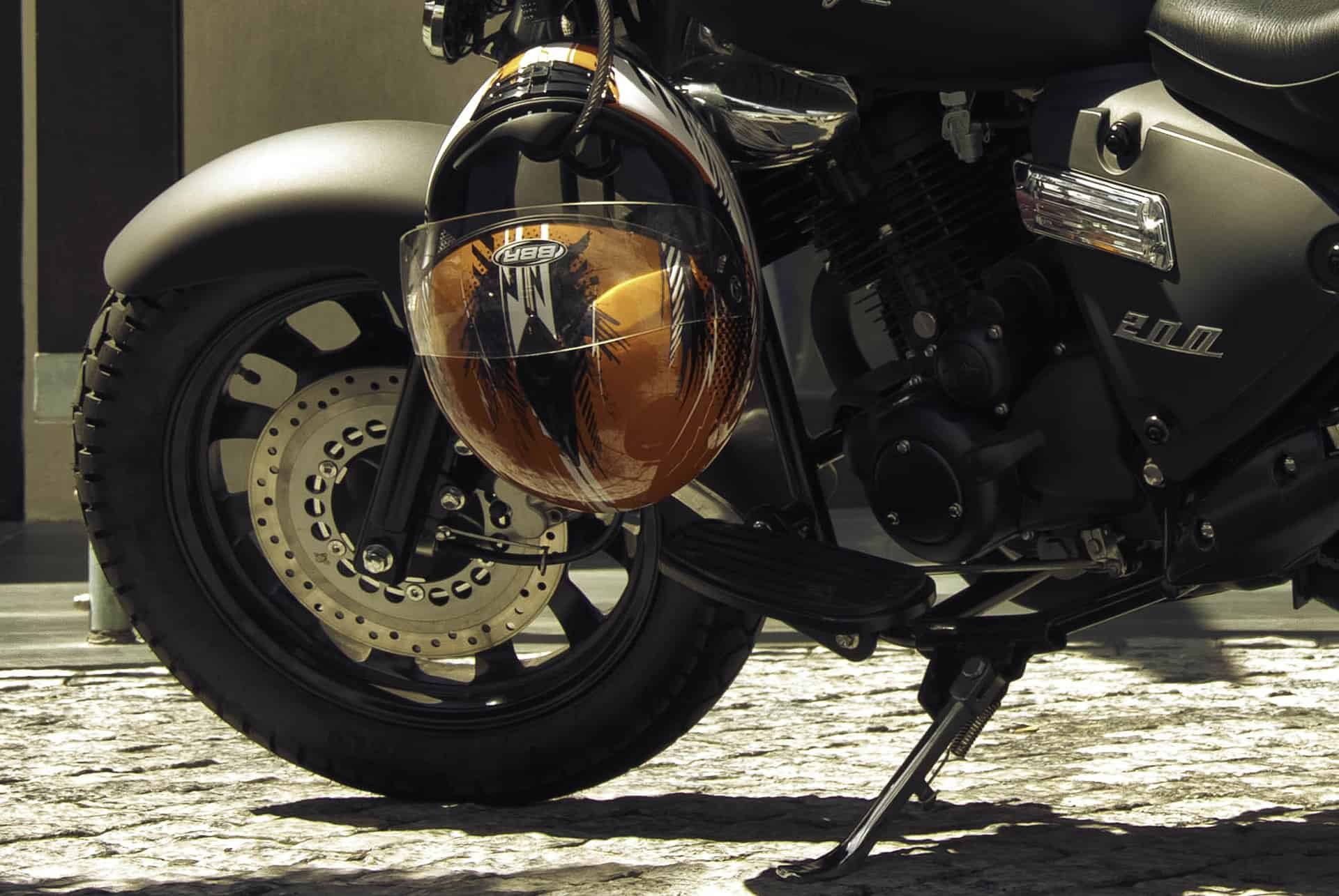 Helmets are mandatory and the rules to wear a helmet while riding are becoming more stringent than ever. However, its mandate use doesn’t fail to spur a debate. It was more than a 100 years ago, around 1914, when the first head protection for the motorcycles was introduced. Dr. Eric Gardner, a British physician, initiated an idea to prevent the head from injuries with a shellacked canvas shell covering. This first helmet soon became mandatory after it reduced the number of concussions at the Isle of Man TT. However, motorcyclists wanted to look ‘cool’ and hence either bikers used padded leather caps used by footballers or chose not to wear anything at all. So ultimately, the helmet use did not catch up.

It was in 1935, when a famous British military officer known as the Lawrence of Arabia died in a catastrophic motorcycle accident due to severe head injury. The reason this incident created havoc is because T.E. Lawrence was a national hero and his untimely death brought attention to the dangers of motorcycling. This led to more significance being given to motorcycle safety, especially head protection. Dr. Hugh Cairns who had attended to Lawrence post the accident and was quite provoked by similar losses studied the correlation between motorcycle accidents and head injuries. Soon he published a report on the same in a British medical journal.

The safety discussion was being pursued in an aggressive way and soon in 1941 it became compulsory for all the military riders to wear a helmet made of rubber and cork. Though the riders and racers continued to wear some form of protection, it wasn’t enough. There was quite a bit of resistance to the idea of wearing helmets. It was only in 1953 when C.F. Lombard, the professor at USC, built a helmet that could actually absorb and disperse the shock of impact. With three layers – a hard fiberglass outer shell, impact absorbing foam middle layer, and a padded inner liner for comfort – offering a slight protection to the skull. Though the earlier helmet models were ineffective, this was a revolutionary turning point in the evolution of helmets. A lot of research when on to decode the materials and design.

This is when helmet safety and the inventions started to make inroads in the motorcycle world. The growing significance of a helmet’s role in rider safety led to an introduction of newer laws and more research. Soon the materials became lighter and yet more impactful. So many layers were added to the helmet to make it strong and durable. They were even tested in Labs due to the advancements and progressions in computer testing.

Next we have Roy Richter who introduced the Bell Helmets. The designs from Lombard’s helmet were incorporated in Bell 500. Bell 500 was an instant success and this helmet marked the initiation of the modern motorcycle helmet era. Hence, in 1950’s, Bell 500 was used in racing events however it still failed to be unconditionally adopted by the street riders. Enter Bell Star. This was the first ‘full-faced’ helmet, which offered maximum protection. It was perceived to be expensive and on the high-end as it used the same technology and materials that was used in U.S. military’s flight helmets and NASA’s astronaut helmets.

Bell Star hit the market an year before the first ever safety standard was created and legalized by USDOT. So it became ‘legally’ mandatory for street riders to wear helmets. Today there are 3 variants (Bell Star, Race Star and Pro Star) in the Bell Star series that are packed with phenomenal features.

The most astounding element that sets this helmet apart from its competitors is the Flex technology. This means that the Bell helmets (Race Star and Pro Star) are equipped with EPO, EPP & EPS construction. They are also the only helmets with a 5 mm slip zone built in between the EPO and EPP to tackle rotational energy management. All the three variants have passed the DOT, ECE and SNELL 2015 standards. Snell standard is said to be around 40-110 % safer than DOT and ECE rating. Plus the Flex technology takes it a step ahead.

Bell, the oldest helmet manufacturer, has been introducing innovative technologies to protect the riders against a number of different impacts. The normal helmets may not be able to address them as stubbornly. In the Indian market Bell is well known for its enhanced ventilation and ‘panovision’ eye port. The bigger eye port enables the riders to see more of the environment around them. It’s 12% bigger viewport than AGV Pista and 8% bigger than Shoei X-14. In India, vision makes a huge difference.

Helmets have increased in popularity and the helmet technology continues to make advances. Most of the modern helmets are made of plastic, fiberglass, and reinforcement materials like Kevlar and carbon fiber.

The external covering is designed to prevent the helmet from being pierced. The legally approved helmets EPS, which is the energy absorbing that shields the head and skull during a crash. A few of the modern helmets also include interior fabric that helps the head to remain cool and comfortable. The other safety features of a helmet also incorporate face shield, ear protection, visors, and ventilation material.

Motorcycling has become quite popular and with that we have witnessed the emergence of practical and stylish helmets. This is what your next helmet should deliver – comfort, usefulness, durability and ultimately safety.