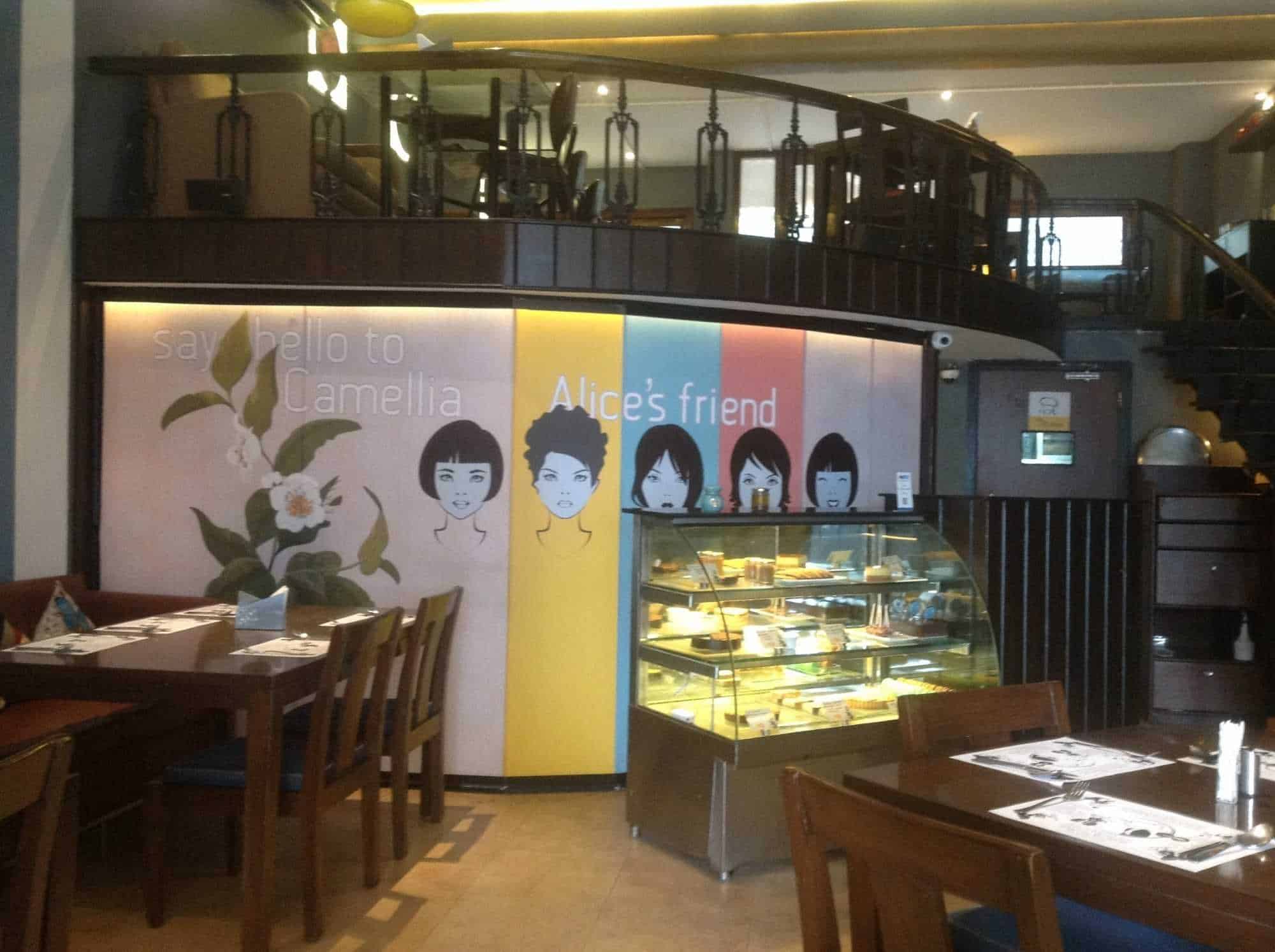 Need a cup of refreshingly exotic beverage? Well, how about a cup of tea that dispenses the most flavorsome experience when paired with a scrumptious bite. Infinitea was first launched in 2003 on Cunningham Road, Bengaluru. Bengaluru was known to be brimming with coffee drinkers until then. However, Infinitea has revolutionized the beverage culture.

Infinitea is perceived to be India’s first tea bar marking its debut in Bengaluru. South India being more inclined towards a coffee drinking ritual, opening a tea café was quite an audacious move. According to Gaurav Sarai, the owner of Infinitea, opening Infinitea in Bengaluru had become easier because of all the coffee establishments, which had already encouraged and enthused people to become ‘social’ caffeine drinkers. Also, he perceived Bengaluru to be open to new ideas and having a mix of people from not only all around India but other corners of the world.

“It is a myth that the Indian consumer does not have a discerning palette. Some of the teas are an acquired taste. But the consumer has never been given a chance. The best teas in India are not available locally. They are exported. With Infinitea, we hope the Indian consumer will get to drink tea that is on par with the international standards,” says Saria.”

The Saria family owns five tea gardens in North Bengal, three in Darjeeling and two in Dooars, which is about an hour away from Siliguri, whose produce is sold to exporters. They have been in the tea business for over a hundred years. The Saria’s had been distributing to the British before Independence. Post that, it was Gaurav’s father D C Saria who actually owned the first tea garden in India. This is how the family built a strong network over the years and this is reflected in their tea menu at Infinitea.

“Today, with Infinitea, I am in the position where coffee pubs like Café Coffee Day was in 1996. Customers are now slowly discovering about the different kinds of teas and how going out to tea can be made a part of their lives,” says Saria.”

The usual tea options that were first offered by other cafes were restricted to Assam and Darjeeling tea. However, Infinitea provides an expansive range of teas, both hot and cold, with or without milk. There are over 50 variants of tea and each tea comes with a descriptor about the brew. Iced tea itself has about 27 variants. You can even gorge down some delectable food that includes desserts like tiramisu, American cheesecake, waffles, eggs, baked beans on toast, momos, Thai food, continental cuisine etc. Infinitea also offers tea merchandise – tealeaves, mugs and gift hampers.

Everything about this café reflects a British ‘finesse’ – from the décor to the crockery in which food and tea is served, its antiquated English interiors to white photographs to idiosyncratic posters that cover the yellow and orange walls. The trend of drinking tea is picking up and is currently one of the highest consumed beverages post water. The big café and coffee joints such as Starbucks, Barista, Café Coffee Day et al have adopted the tea model. The awareness on health benefits of tea is becoming widespread and people are resorting to a healthier option when it comes to both food and drinks.

“There will be more people taking to tea. Green tea with all its health benefits will remain the top choice. But then at Infinitea we offer eclectic flavours like Cranberry and Apricot where the real fruit is used and we don’t use any artificial flavours or essences. That said, you cannot expect tea to completely take over coffee because the former is not a commercial drink. It has largely to do with the mindset and lifestyle of people and cannot be commercialized the way coffee is. ”

A ‘real’ tea drinker is special. One needs to have an acquired taste to try all the variants in the menu. The eclectic flavors such as Cranberry, Apricot, Stupa etc. are available at Infinitea. Consumption of both tea and coffee is widespread however there are patterns that separate a tea drinker from that of coffee. Tea drinkers are perceived to be more refined, kind of introverted, maybe a little more spiritual than coffee drinkers. Like Gaurav Sarai said, I feel they are definitely more adventurous.

You will find the most outlandish teas at Infinitea from Enigma on the rocks, a brew where the tea leaves are allowed to infuse in chilled water. It gets the look and feel of whiskey –  this one is but obviously healthier! Then you, of course, have the famous Stupa, where the tea leaves are woven into the shape of a bud that blooms into a flower in a cup of hot water. If you are an aesthete and love to try beautiful exotic drinks – the teas offered here will churn your soul in ways you have never experienced before.

“For some teas one needs to acquire a taste,” says Saria. I tried their chilled chilli chai and the descriptor read – Only for the adventurous!!! Try at your own peril!!! [it’s all in the name!]. It was interesting but I am definitely not chalked out for that profile of tea drinker and was definitely better off with the good old ice tea”

Darlings, it’s time to wake up and smell the tea – whether you are a tea drinker or not, Infinitea is a café you must visit. Bengaluru is no longer only a coffee drinking city. People have undeniably assimilated a sense of attachment to ‘tea’ and of course, it all started with Infinitea. If you don’t have a tangible reason to drink tea, I can provide a long list of medicinal motives that can positively drive you to take a healthier route. It’s about time you rode your bike to the first ever branch on Cunningham road and become a part of a captivating tea culture. You’ve listened to Beethoven for too long now, it’s about time you gave Mozart a chance!